The world lost its most amazing soul and heaven won a brilliant angel on Saturday afternoon, July 30th, 2022 when Barbara bravely succumbed to gallbladder cancer at her home surrounded by her family.

Barbara Lou Henry was born on January 8, 1932 to Genevieve Lillian (Beinke) and Virgil Eugene Henry 90 years ago. Though no one believed her age as they constantly complemented her perfect skin, she credited her with wearing Merle Norman her entire life.

As a child, she enjoyed tap dancing alongside Theresa Brewer with Eddie Hanf at his studio and roller skating – especially roller dancing. She also loved singing. Especially with her father, a member of the Gaylord Quartet, with her church choir and as a soloist. Her Aunt Rita tried to give her piano lessons, but Barbara wasn’t a great reader of music and didn’t like having to play scales and classical pieces when she could play boogie woogie by ear! what she did She also taught herself to play the guitar (most likely assisted by her father, who was a professional). Songwriting was another talent, as was writing poetry and right-left games for any occasion. She shared her favorite memories of going to the TV station to watch the filming of her dad’s TV show and how her grandpa Henry, who never drove, would walk miles just to see her and her on Sunday in front of church brought a bag of candy.

She attended: Westwood Elementary, where she met the love of her life “Tom” and where her wedding reception was held 8 years later, and Whitmer High School, where she was not only a good student but also very dedicated; A Capella Choir, Bowling, Circus, Co-Op., FTA, Glee Club, Masque and Gavel, Panel, Prince of Piece and Y-Teens.

In September. On October 10, 1950, Barbara Roy married Thomas Siler and they had 4 children. The family enjoyed visiting relatives in Tennessee, summer vacations, winter snowmobile trips, and their backyard pool! In her later years, Barb enjoyed taking many bus tours with her good friend Virgie, and they were occasionally joined by Katie (they were quite a trio). Barb loved her family and spent as much time with them as possible; Organizing all holidays, celebrating everyone’s birthday with a small party was very important to her. Barb loved spending time with the grandchildren of whom she was only blessed with 2 and they were 23 years apart! This allowed her to really focus on each of them as they grew up. She cheered for her grandson Mike at every football, baseball and basketball game from the age of 6 and led the standing ovation for her granddaughter Bobbi, musical theater performances, plays and dance, singing and piano recitals, talents that were clearly from inherited from her grandmother. Barb even appeared with 5-year-old Bobbi and Kim in The Toledo Rep’s 2004 “A Christmas Carol” and sang and rapped with them at the Maumee Indoor Theater on Mother’s Day 2007, replicating her childhood skills.

Barbara’s incredible work ethic was evident as a teenager. She worked in a doctor’s office and at the West Toledo Harold (even put paper in a Gutenberg press!). Barb worked as a registered nurse in high school, a career that foreshadowed her, but changed courses when she got married (although she did care for others for the rest of her life). She was trained in keypunch by Martin Perry in Toledo, who moved shortly thereafter. Barb went to Detroit to train the new employees and was then unemployed. While working for Toledo Edison, Barb was commended for finding a big mistake and saving a client a lot of money, and the story of her amazing customer service was included in her monthly magazine. Her hands were also so pretty that they were used for one of Edison’s ads. She left Edison to stay home for a while after the birth of her last child, then returned to the workforce with a brief stint at General Electric. When Barb was sent to The Toledo Scale by a temp agency, she did so much work at The Scale that they paid the temp agency to hire her on a permanent basis. And she gave them her heart and soul for the next 18 years until they closed their doors in Toledo. Barb organized the company picnic games for years and was a proud member of Scale’s Quarter Century Club, of which she was President on several occasions. With the closure of The Scale, she made her way to the Toledo Police Department in the data entry department, encountered a whole new breed of technology, and was promoted to supervisor. After 25 years at TPD, Barb retired at the age of 78!

In addition to her beloved Quarter Century Club, Barb was often the maid in her children’s classrooms. Their creative games, treats and gifts were loved by everyone. When her youngest was in college, she joined the AOPi Theta Rose Mother’s Club, where she also served as President. She was a proud member of the Samagama Club of Presidents and Whitmer High School’s class of 1950… “They were unlike any other class…so close…” They stayed in touch through the years and had every time a bye and a ladies dinner year.

Barb will be missed for the amazing way she took care of everyone. She was so sweet, kind and helpful, always. A beautiful person inside and out. Her attempts at comedy often left doctors confused, but made the family laugh! (Though we thought she might end up with a lobotomy). She was always ready to play a good 3-13, Push, or any Disney game. Barb’s favorite Disney ride was It’s a Small World and she collected these memorabilia. She loved all animals, especially dogs, and when she ran out of her own, she enjoyed pampering all of her big dogs, especially around Yoda and Ava. They brought her so much joy. Barb was also a very generous person, not only towards her family but she also supported numerous charities. Those for children and veterans really had their hearts.

She was taken to her death by the love of her life, Roy Thomas Siler, Sr.; parents, Virgil and Genevieve Henry; brothers, Virgil Jr. and Larry Henry; grandparents, James and Decinra (Decard) Henry and Frank and Rosa (Bailey) Beinke; many aunts, uncles, cousins, nieces and nephews; and dear friends “Virgie” Dlugosielski and “Katie” Callahan.

The Siler family would like to thank Barbara’s doctors, Dr. Kelly Emch, Dr. Fadhil Hussein and Dr. John Burchfield, and pharmacist Beth Gensler for keeping her with us for so long, and the Hospice of Northwest Ohio for letting Mama go her way! Especially her nurse Chris and her weekend nurse Lysa who was with us at the end; Her kindness and compassion were invaluable.

Friends will be welcomed Thursday from 4pm to 8pm and Friday from 2pm to 8pm at the Blanchard-Strabler Funeral Home (3219 Tremainsville at Alexis, 419-269-1111) the Nazarene (4930 Flanders Rd .Toledo) where friends will be received after 10 am Entombment, Toledo Memorial Park. online condolences 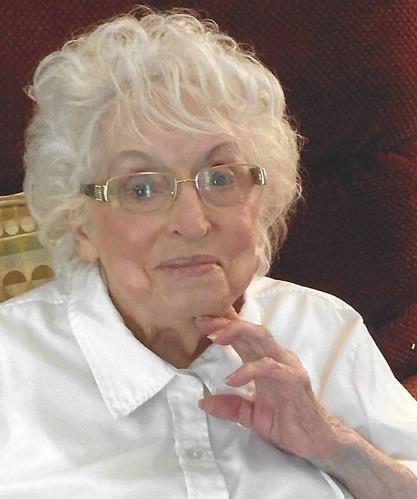 To plant trees in memory, please visit the sympathy shop.